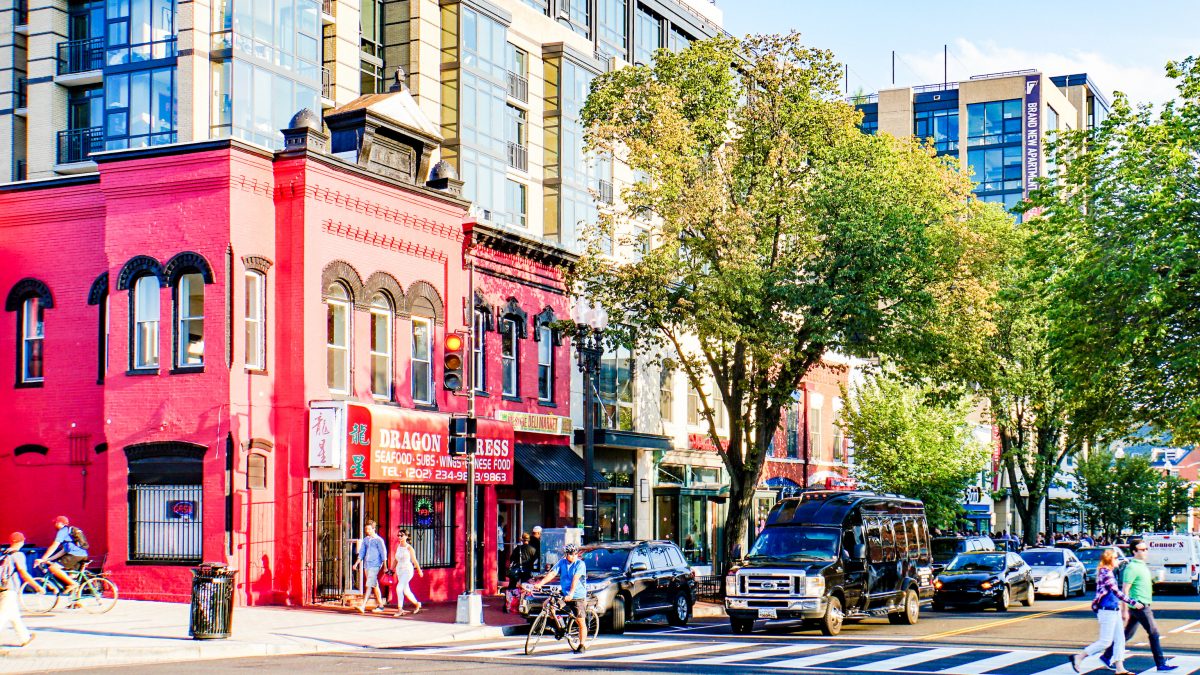 Where to Eat, Drink and Go for Fun: DC Shaw Restaurants

Shaw is the “has-it-all” central neighborhood of D.C. Already one of its hippest communities, Indian summer days and crisp fall nights turn up the electricity. The foodie Shaw restaurants, cool local shops, concert halls and rich African-American history truly offer something for everyone. Be part of the excitement and culture that is Shaw. Here are some great places to start:

Dine in the Alley

The Dabney, at 122 Blagden Alley NW, sits in the heart of Shaw’s ally historic district. Occupying a row house from the late 1800s, the vibe inside The Dabney feels like a cozy ski lodge. The rich dark wood of the tables, chairs and floors is in perfect harmony with the original brick wall behind the bar. That same authentic character is the basis of their Modern American food. The Dabney boasts that they know the names and faces of the people who grow their produce and provide their proteins. If you like delicious, locally sourced food, this is your place!

Celebrate Easter with us this year with a special $85 prix-fixe dinner. We’ll be serving Easter dinner from 4PM to 9PM on Sunday, April 21st. All reservations must be booked online through @Resy. Hope to see you there! // 📷 @andrewcebulka

While you’re there, take some time to enjoy the fantasyland that is the ally district. It’s where the thriving alley culture of the 19th and early 20th centuries meets the present. It’s nothing short of magical. What you’ll find is beautiful historic buildings and interior alleyways buzzing with crowds enjoying Shaw restaurants, popular bars and shops.

Haikan, at 805 V St NW, is hands down the best authentic ramen around. Even the noodles for their Sapporo style ramen are custom made for them in Sapporo, Japan. Their modern, comfortable and high energy atmosphere does draw a crowd, but don’t worry, the stools at the bar turn over quickly. Here’s a tip! If you like a little extra heat, be sure to ask for the “spice bomb”.

Beer garden is a D.C. favorite

Luckily Dacha Beer Garden, at 1600 7th St NW, is hard to miss. Just look for the glamorous three-story mural of Liz Taylor that looks over the garden. Under Liz’s sultry gaze, you can enjoy a sizable list of German, Belgian and American suds served in boot mugs. If you’re feeling peckish, you can order from their full menu offering everything from Monster Pretzels to Chicken Schnitzel. Oh, and did we mention they are dog-friendly? 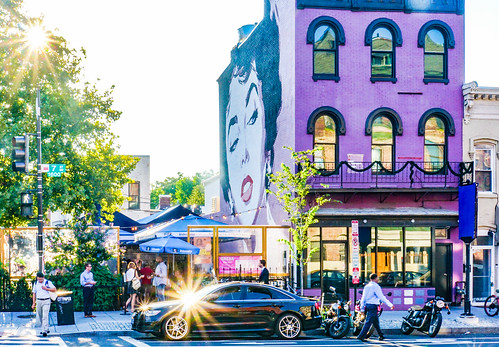 Shopping on The Shay

Everyone’s talking about The Shay – what the heck is it?
The Shay, or the “North End Shaw”, lies just three blocks from the Shaw-Howard Metro stop, between 8th and 9th Street where Florida Avenue turns into U Street. It’s the nickname given to the stores that skirt The Shay and Atlantic Plumbing buildings. What you’ll find there is a shopper’s nirvana. From local coffee at the Compass Coffee to trendy, affordable and environmentally friendly fashions at Frank & Oak. There’s even a grocery store that gives Whole Foods a run for its money, Glen’s Garden Market.

A park for man’s best friend

Shaw Dog Park, at 1673 11th Street, NW, is a public park for your four-legged family member. This 15,000 square foot, fenced-in park is a place where dog owners can let their dogs play and socialize off-leash. Most days there’s as much socializing going on with the owners as there is with the dogs.

During the first half of the 20th century the stage of the historic Howard Theatre, at 620 T St NW, held big names. Really big names, like Pearl Bailey, James Brown, Ella Fitzgerald and Marvin Gaye, just to name a few. Restored to its former glory in 2007, the concert hall now hosts jazz, rock and blues concerts. Outside, stands the celebrated statue of Duke Ellington (born in D.C.!). The memorial, depicting Ellington next to a treble clef, is a perfect D.C. photo-op.

There’s more! Just steps away is the Howard Theatre Walk of Fame. It runs from the 1900 block of 7th Street NW to the theater’s entrance on T Street NW. It’s an awe-inspiring tribute to the 20th century African-American icons that performed at the Howard Theatre. Get to know the artists that made the theatre the legacy it is today.

The African-American Civil War Museum, at 1925 Vermont Ave, NW, is home to the photos, letters and uniforms that tell the story of the enormous contributions members of the United States Colored Troops made to the civil war. It brings to life the historic roles brave men of African, European, and Hispanic descent played in ending slavery and keeping America free. Just outside the museum is a corner plaza with an outdoor memorial that pays tribute to these soldiers with a striking statue. Surrounding the statue are walls listing the names of all 209,145 who fought for our freedom.

There you have it! From Shaw restaurants and concert halls to African-American civil war history, there’s so much to experience. Go ahead and grab your favorite sweater, and some friends, and head out to Shaw.

The Best of the Best Thanksgiving Leftover Recipes

Why Thanksgiving Is Hands Down Our Favorite Holiday

Kick off the Holiday Season by Shopping Small

The Best of the Best Thanksgiving Leftover Recipes

Why Thanksgiving Is Hands Down Our Favorite Holiday

Kick off the Holiday Season by Shopping Small